Posted at 12:29h in Uncategorized, Weekly Readings by Aeolian Heart

This week offers a grandiose opportunity to observe a dramatic metamorphosis. Agonizing though it may be, there is much beauty in the process! Let yourself be reborn, reinvented, or revivified.

The Moon is in Scorpio on Monday, conjunct Mars, which creates an internal dialogue where you may feel overstimulated by dreams of conquest, just as you are simultaneously feeling thwarted by insecurity. This Moon/Mars conjunction creates an emotional environment where hungry ghosts wander, searching for their souls in dark reflecting pools.

With Mercury still conjuncting Pluto at the beginning of the week, the urge to throw off all the dead weight in your life will become a tenacious instinct. This deadweight may include bad habits, thankless jobs, or draining people. It is essential that you learn to proceed with no more obligations, contracts, or promises that do not promote your well being, lest you get sucked into a vortex that runs you into complete exhaustion.

Considering that the North Node will be in an exact conjunction with Jupiter in Virgo until Thursday, any efforts that you make towards supporting your emotional and physical health will be highly favored and bestowed with good fortune.

Without a shadow of a doubt, the most important transits will occur over the weekend. On Friday, both Venus and the Moon will conjunct Pluto at 16 degrees Capricorn, quickly followed by Venus squaring Uranus in Aries on Saturday and finally sextiling Mars on Sunday.

Suffice it to say, that in this first weekend in February, an aspect of your soul still cocooned in languid dreams will be sucked out of its carefully woven protection and forced out into the cold with wet wings. The force that enables metamorphosis is beautifully illuminated by Titanic Venus mixing and mingling with the planetary riptide of Pluto. Their intercourse is ecstatic catharsis: the dark Beauty that emerges from putrefaction.

This weekend, the forecast for love, passion and creativity is dark, but this does not imply that the experience will be unfortunate. Quite the contrary in many cases, since Venus conjunct Pluto might bring an amazing financial offer, love affair or otherwise equally fertile opportunity. However, rather than finding mere satisfaction, this Venus/Pluto conjunction is a time to find truth within your desires.

The weekend’s themes can be best characterized by recalling the shift in poetic tone when Shakespeare’s sonnets stop addressing the ideal youth and begin addressing the mysterious Dark Lady.

Lust will smolder. Frustration will build and you, the visionary poet, will be disoriented by an unrelenting blackness.

Without a clear vision, where do your desires lead?

Shakespeare’s sonnets to the Dark Lady reveal her to be a force of nature that does not submit to his false idealization, for she dwells in the subconscious realm where nothing is censored or forgotten. (Venus rising from the Dead?) She is not seduced by mere flattery, for she is the Beauty that is truth.

Now, when the truth seems beautiful, so too are the Dark Lady’s black eyes beautiful.

“. . .My thoughts and my discourse as madmen’s are,

At random from the truth vainly expressed;

For I have sworn thee fair, and thought thee bright,

The emotional essence of this week is to battle with and be consumed by desire, falling deeply into the unknown.

Monday/Tuesday: The King of Pentacles

To begin the week the King of Pentacles, is a sign that there will be many issues surrounding your worldly success to be dealt with. This might mean that your reputation must be cultivated, that your salary must be negotiated, or that your plans for a great change must be thrust into action. The Mercury/Pluto conjunction alongside the Mars in Scorpio influence will offer so much force of will that even fear will become fuel for your forward momentum.

In addition, to be represented by a king in the Tarot means that you have finally gained mastery of something. (usually a life lesson) Therefore, you can rest assured that your hard work and dedication will begin to pay off now. Do yourself a great favor by making the cleanest breaks from the past that you possibly can. This is not a time to be unnecessarily weighted down by bad habits, which have a certain density that prevents you from experiencing the novelty of life and the joy of exploration.

The King of Pentacles is ready to succeed and so are you!

Wednesday/Thursday: The Princess of Cups

The Princess of Cups indicates that the middle of the week will be characterized by an emergence of unconscious aspects of yourself into consciousness. This can manifest in innumerable ways, but you may have a prophetic dream, experience déjà vu or discover that a very deeply held wish is finally coming true. This is a time when the ocean tide will wash up many artifacts of desire and creativity onto the shoreline. 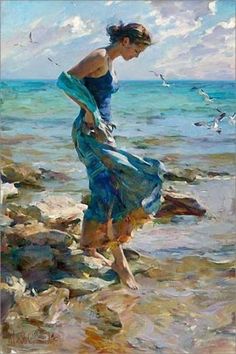 You might find that a long-neglected dream of becoming a published author suddenly reappears or you might remember how good it feels to take the time to cook food for other people. Whatever interesting aspects of your psyche that begin to reveal themselves, know that they are being introduced into your life now so that you can pursue your inspiration and joy.

It takes courage to be a dreamer and let the dreams find life upon the land. But now is the time to find the courage to share more of your spirit. As you continue to grow, so too does your capacity to offer your gifts to the world.

Friday/Saturday/Sunday: The Four of Pentacles

The Four of Pentacles is a tricky card that sometimes denotes a state of stability and sometimes illustrates a state of immovable selfishness. The hugely impactful Pluto/Venus conjunction followed by the square with Uranus are all such highly subjective and internalized journeys that it is impossible to predict the form that the accompanying action will take.

It is more than likely that Venus conjunct Pluto in Capricorn will evoke your hunger for sex, money, and power, creating an eruption of energy that can be highly creative or highly destructive depending on where you are at in life.

The subsequent square with Uranus on Saturday necessitates that you make a drastic metamorphosis, exchanging selfishness for compassion, self-hatred for self-love, ignorance for understanding.

If there is anything amiss in your methods of pursuing these desires, then it is likely that this weekend will contain an important lesson about how you might transcend whatever negative patterns of thought or behavior that have been holding you back. Sex and money are not inherently negative, but without spiritual awareness, these are the areas most vulnerable to cultural programming. Bad habits and damaging beliefs about sex and money die hard. But they do die if that is what you want.

This weekend will bring an end to stagnation and will offer a glorious opportunity for a fresh start!

You are going to be wiser about where your desires are born from and how worthy they are of your time and energy after this weekend. Cherish this new knowledge, for it is invaluable to your progress and for whatever endeavors you continue to pursue in life.