Posted at 15:16h in Astrology by aeolianheart@gmail.com

“Things are sweeter when they’re lost. I know—because once I wanted something and got it. It was the only thing I ever wanted badly . . . and when I got it it turned to dust in my hand.”

– F. Scott Fitzgerald – The Beautiful and the Damned

On April 21st-22nd, the Moon will be Full in Scorpio: the sign of sex, death and transmutation. Since this Moon will be made full by its opposition to the Sun in Taurus, you can expect to become newly aware of sensations in the body (Taurus) and the instincts that drive you to satiate your body’s needs. (Scorpio)

F. Scott Fitzgerald’s novel, The Beautiful and the Damned, artfully demonstrates many of the complexities of this Full Moon’s energy, which will manifest as a magnificent Ode to Desire and Death. This novel is often thought to be loosely autobiographical. Therefore, in the act of writing this novel, Fitzgerald acted as an expert alchemist of his own life’s narrative, using the power of his luminescent imagination to extract the essence of beauty from the dismal realities of human weakness and dysfunction.

The book can almost be read as a personification of a vexing opposition between Taurus and Scorpio. The protagonist, Anthony Patch, is an arrogant Edwardian socialite who fails to make any tangible efforts to attain experience or skills. (Taurus) Yet, he is obsessed with a belief that he will accomplish a Great Work in his life. (Scorpio) Born into vast wealth, Anthony does nothing to develop himself and totally relies on inheriting a fortune. (Scorpio rules inheritances)

“In this state he considered that he would one day accomplish some quiet subtle thing that the elect would deem worthy and, passing on, would join the dimmer stars in a nebulous, indeterminate heaven half-way between death and immortality. . .”

When Anthony meets Gloria, she is the most radiant woman he has ever seen and he arguably marries her in honor of her physical beauty alone (Taurus). Likewise, it can also be presumed that Gloria marries him for his wealth. (Taurus) But, Anthony is totally irresponsible with money, wasting it on alcohol and parties, eventually finding himself disowned and living in poverty. (Scorpio rules intoxication and debt)

Fitzgerald makes a sad example out of these two characters, but the purpose of their downward spiral is to inspire the reader to realize that these tragedies can be avoided simply by taking some responsibility for one’s life, working to evolve and transform one’s desires instead of succumbing to them over and over again. In other words, the hellish fate of Anthony Patch is the fate of anyone who refuses to process their experience and find the courage to transform.

While a Full Moon in Scorpio can summon many temptations to fall into a certain stagnation, (like Anthony and Gloria did) it is also one of the most powerful Moons to work with in the process of transformation of the spirit. 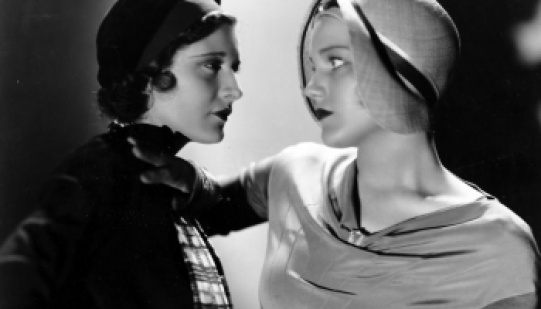 The force of this Full Moon will probably be felt, even by those who generally don’t tune into lunar energies. For one thing, the Moon is considered to be in its fall in Scorpio and so its fullness in this sign emits a particularly penetrating gaze into your soul. Under a Scorpio Moon there is often a feeling of discomfort, since the oceanic cycles of the Moon “that monthly changes in her circle orb” are not entirely compatible with the ferocity of Scorpio’s quest for interpenetration, death, and metamorphosis. This Scorpio Full Moon will cast a dark pall on everything, so prepare for some of your best intentions to become obscured by primal desires…cravings…passions.

Any Full Moon signifies a time to freshen your emotional vibrance through the release of pent up tension. However, with consideration to the fact that Scorpio’s rulers, (Mars and Pluto) have both gone retrograde this week, this Full Moon may well represent a state of emotional entropy: a vortex of sorrow and frustration. This will be a haunted night, animated by shadows and flames.

In other words, this Scorpio Full Moon is a moment where you will fall prey to the instincts that satiate your ravenous hungers. In the quest for release, there is a tendency to act solely on impulse, so you may be at increased risk for engaging in activities that symbolize dissolution and decay.

The opposition between Taurus and Scorpio can best be defined by the word decadence. Decadence is often defined as: “moral or cultural decline characterized by excessive indulgence in pleasure or luxury.” That might be the more Taurean interpretation of the word since it specifies the pursuit of pleasure and luxury. However, the word decadence more fundamentally refers simply to a state of decay, which is the true Scorpionic side of this idea.

Remember that Scorpio is the sign that represents the process of alchemical transmutation, which inherently includes a state of decay: sex, death, and transmutation. Alchemy itself is an ancient study and practice dedicated to transforming the lead of the unrealized self into the gold of the perfected spirit.

According to traditional writings, there are seven operations necessary for the alchemical process to be completed. FERMENTATION is the fifth operation in the alchemy of transformation.

The Desperate Man by Gustav Courbet

According to the mysterious alchemical document, The Emerald Tablet, “during Fermentation, we raise consciousness from the darkness of the animal body through personal meditation and planetary evolution. . . Separate the Earth from Fire, the subtle from the gross, gently and with great Ingenuity.”

“Alchemical Fermentation is a compound operation that occurs in two parts, first comes distasteful phase known as Putrefaction, in which the matter is allowed to rot and decompose. Next, true fermentation would begin. . . This new life changes the fundamental nature of the material into what the alchemists saw as a process of spiritualization.”

Study of the Idle Child of Fancy by George Frederic Watts

In physical terms this is all very well understood by the most basic familiarity with vinegar or wine. But in psychic terms, the matter that must be putrefied includes your most clinging psychological dysfunctions, including but not limited to: ego mania, jealousy, and greed. Alchemists understand that it is often the over-inflated ego (zealotry, piety) that is mistaken for the spirit. Therefore, psychological mortification is absolutely necessary to experience real purification and transformation. In more modern parlance, this process is called shadow-work.

“The integrated self lies dormant in the darkness of putrefaction as the life bringing secret fire engulfs it.”

The full plume of revived imagination!

If you embrace the alchemical power of this Full Moon in Scorpio, you can begin potent transformational work that will liberate you from your delusions and your apathy. With so many planets in retrograde, and the Sun in the fixed sign of Taurus, it may be absolutely necessary to be inspired into action by flames so hot (fear, ecstasy, rage) that you will be forced out of your dullness of perception.

Sacrifice what is truly decadent about your life, (boredom, laziness, entitlement) letting them rot and ferment into a revivified spirit of imagination. After this Full Moon in Scorpio, may you be at peace in the contemplation of yourself.

“She was incomprehensible, for, in her, soul and spirit were one—the beauty of her body was the essence of her soul. She was that unity sought for by philosophers through many centuries. In this outdoor waiting room of winds and stars she had been sitting for a hundred years, at peace in the contemplation of herself.”