Posted at 17:11h in Uncategorized, Weekly Readings by aeolianheart@gmail.com

Rumours from an Æolian Harp by Henry David Thoreau

There is a vale which none hath seen,

Where foot of man has never been,

Such as here lives with toil and strife,

An anxious and a sinful life.

There every virtue has its birth,

Ere it descends upon the earth,

And thither every deed returns,

Which in the generous bosom burns.

There love is warm, and youth is young,

And poetry is yet unsung.

For Virtue still adventures there,

And freely breathes her native air.

And ever, if you hearken well,

You still may hear its vesper bell,

And tread of high-souled men go by,

Their thoughts conversing with the sky.

This week will be a gradual preparation for the Mars Retrograde on April 17th: a period of 80 days where there will be a notable introversion of the personal and collective energy that is used to propel, project and amplify. If you live in a society that is completely enamored by the perception of continuous conquest, progress and speed, a Mars retrograde can not help but imply that a dark cloud of collective impotence will soon weaken your virility.

However, the study of astrology is not meant to leave you mired in superstitious angst, but is instead meant to assist you in understanding the subtler nuances of the cycles of time.

Though a Mars retrograde will certainly slow you down in some ways, remember that this will be a period where more careful consideration is enabled and some of the less desirable qualities of Mars (impulsivity, quick temper, zealotry) will be transformed into more strategic and thoughtful actions. In other words, imagine this as a period where you might be less susceptible to your primal desires (food, sex, winning) and conditioned reactionary responses (love, hate, buy, kill).

This Mars retrograde begins in the sign of Sagittarius, so the thematic elements of this reverse in polarity will involve a re-evaluation of your conditioned philosophical responses.

Disputation of the Holy Sacrament by Raphael

You may have opportunities throughout the next 80 days to reassess how much your world-view is shaped by transcendental ideas, such as those so beautifully mused upon by Henry David Thoreau.

Consider how the belief in a better world beyond this world may cause you to neglect your life and health right now. Is it not these very notions of a spiritual escape route that have created the environmental issues, the health issues and the soul loss that many of us experience?

As heart-warming and attractive as the transcendental worldview may be, the dark side of it engages the self in activities that seek escape from reality by means of drugs, plant-medicine, drunkenness, ascension, heaven, the 5th dimension, outer space, the after-life, and so on and so forth… 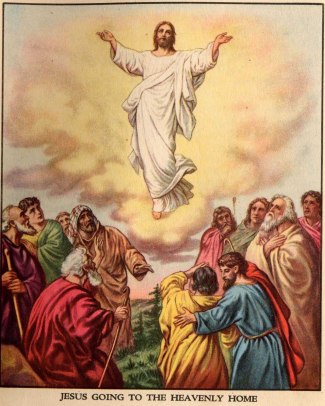 Through stagnation in the realm of musing and dreams, transcendent philosophical ideas leave you waiting to find perfection in your life after death. Transcendent dreams of escape are the honey soaked seductions that leave you believing that your spirit is at odds with matter and that there is another world…that there is a better world.

Transcendental language/beliefs are pervasive and can not be pinned upon just one religion or philosophy. So, this is not an opportunity to feel pious about your lack of association with metaphysics, drug use or Christian ideology.

This Mars retrograde will be a time to entertain your full acceptance and then your full rejection of transcendentalism. This is a philosophical exploration required of everyone who wants to mature upon their spiritual path. To explore ideological polarities increases intellectual flexibility and enhances your ability to really reflect upon your most deeply rooted beliefs.

The Hour Glass by Jane Morris

This does not mean that you must go on a crusade and destroy all transcendental beliefs or mock the poetic accomplishments of Henry David Thoreau. Rather, with reactionary Mars in retrograde, you will be better able to cultivate the awareness that is essential for you to remain truly engaged with the time and place in which you are alive.

This Mars retrograde will be a time to consider how much of your life is spent in the projected future, rushing so far ahead in your imagination that sometimes you completely leave the realms of practicality. In other words, do not waste away longing for Utopia…bemoaning Paradise Lost and dreaming of a Paradise found…

During this Mars retrograde, expect to encounter the existence of escapism and transcendentalism in your consciousness. Use this Mars retrograde period to find new ways to attune to the imminence of NOW, where you can perceive your mind, body and soul as one emanation of consciousness whose purpose is to live, engage, and transform through the medium of time, without trying to outwit, outsmart or outrun it.

Monday/Tuesday: The Eight of Swords

This week begins with the waxing Moon in Gemini opposing Saturn and Mars in Sagittarius, building a momentum behind the desire for philosophical escapism from perceived confinement and entrapment. You may feel acutely imprisoned in your body, in your job, or in your society’s rules. Feel the pressure and relish the chance to study the dimensions of your cage with great acuity.

On Tuesday, Mercury in Taurus will sextile Neptune in Pisces, filling you up with visions of an inner Wonderland. You, cast in the role of inquisitive Alice, will be in closer contact with the collective unconscious. Being able to see yourself as a precocious child, bravely navigating a world full of madness, will offer a certain kind of liberation from a somber ego identity.

Mars in Sagittarius (still moving direct) will also trine Venus in Aries on Tuesday, playing a high note upon a tightly wound string of sexual energy. This is a planetary triste that sparks artistic inspiration and Romantic dreams! You might find yourself planning to run away with a lover today, planning to devote yourself to an artform full-time, or making huge leaps forward in the realm of intimacy. Enjoy the flames of passion fully, but proceed with some caution, knowing the Mars retrograde to be approaching in a just matter of days.

Wednesday/Thursday: The Seven of Cups

On Wednesday, Mercury in Taurus will be trined Jupiter in Virgo, increasing your respect for your earthly body, your physical environment, and the time it takes for real learning to occur. The Seven of Cups asks that you consider whether or not you have been frantically filling your mind with too many scattered bits and bytes, setting too many intentions, and working on too many problems at once. 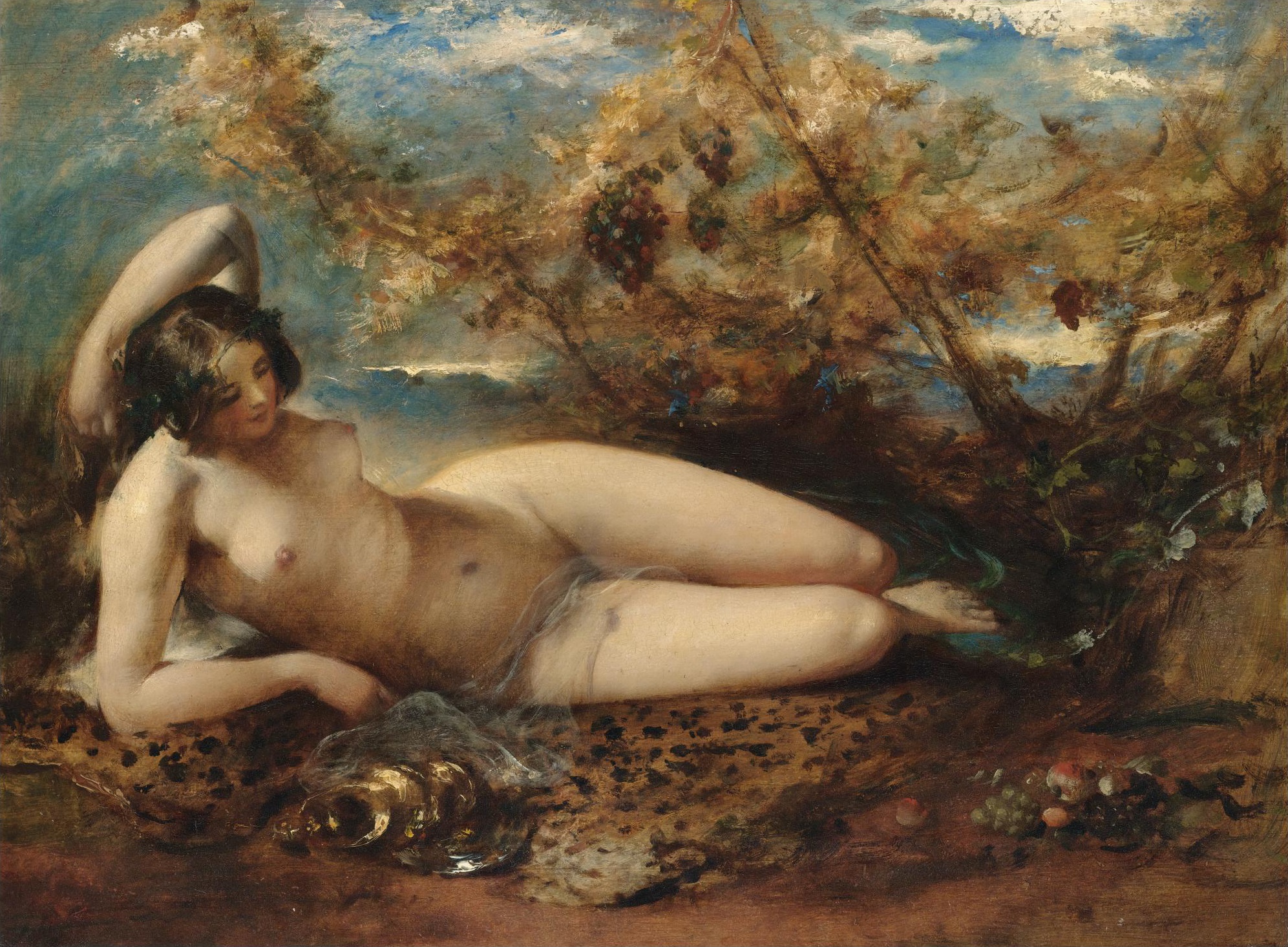 Young Woman Reclining on a Fur Rug by William Etty

If so, this earth trine between Mercury and Jupiter will reveal to you what is actually stable about your learning process and what is actually solid enough for you to continue to build upon. The Mars retrograde is fast approaching and therefore this is a beautiful moment to attune to the pleasure found in nurturing the garden of your mind with the patience of a loving mother.

Friday/Saturday/Sunday: The Ten of Swords

The weekend is characterized by Sunday’s activities, primarily Mars stationing retrograde in Sagittarius, a motion that will remain in effect until June 30th.

In addition, Pluto in Capricorn will trine Mercury in Taurus: a moment to think more deeply than you have in a very long time. As Mars recedes into the background to engage in deep philosophical inquiry, the trine between Pluto and Mercury will resonate with even greater power. Pluto will take the patient mental processes of Mercury in Taurus into mystical territories of the psyche.

This trine will engage you in a deeper study of the body and the nature of your soul’s expression through the body. Thus, you will be in better touch with what Western anthropology calls, animism, an understanding that there is no separation between the spiritual and material world. If you tune into this trine, your senses will fill you with an irrefutable knowledge that there is a soul in all animals, plants, rocks, mountains, rivers, or any other emanations of nature including fire, wind, and shadows. 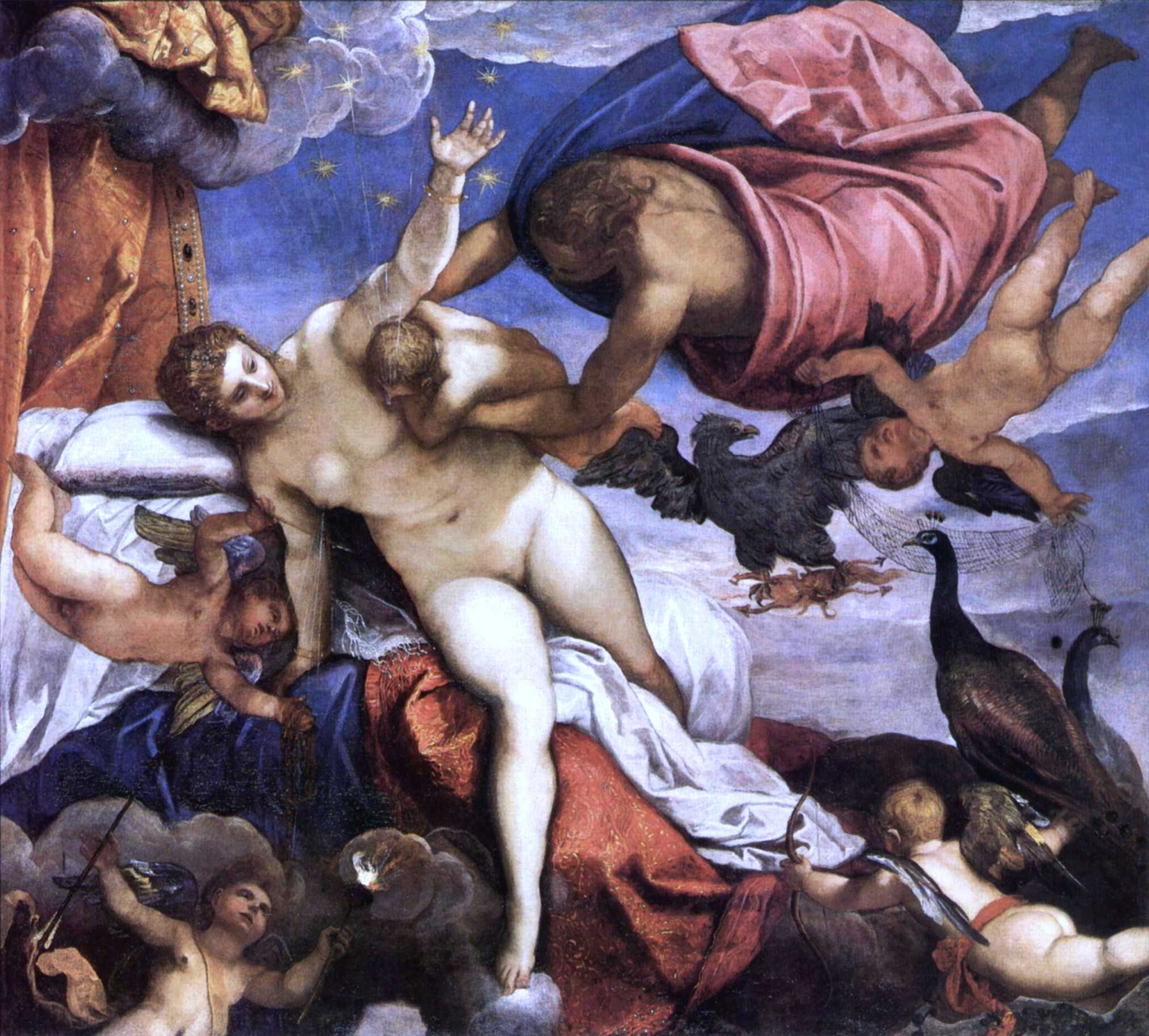 The Origin of the Milky Way Galaxy by Jacopo Tintoretto

The Ten of Swords is experienced through the simultaneity of the ten thousand things: thus humbling your ego identity; thus humbling your sense of human exceptionalism; thus teaching you much more about your integral and interdependent place in the cosmos…