Posted at 19:54h in Astrology by aeolianheart@gmail.com

There will be two Full Moons in the sign of Sagittarius this year. Rather than being redundant, you might imagine this phenomenon as being like a couplet of rhyming verse, where two Sagittarian syllables evoke a deeper yearning for wisdom through the perilous odyssey of soul-searching.

The first of these Sagittarian Full Moons will arrive on Saturday, May 21st, opening up the first act of a grandiose story that will be exposited over the next four weeks.

Anne Baxter in The Ten Commandments

This first Full Moon in Sagittarius, like any decent opening act, will be characterized by an illustrative performance of the existing state of your character. Whether you find yourself cast as the protagonist or the villain, the aspects surrounding this Full Moon will artfully introduce certain stressors that will begin to erode your sense of security and escalate the tension and suspense. A profound distaste for ambiguity and deceit will summon rage, emerging as a broiling desire to know, “What is the meaning of this!?”

Some of this aggravating exposition will be caused by the Moon/Mars conjunction in Sagittarius which will oppose the Sun in Gemini conjunct Venus. With Mars in retrograde, direct assertiveness may feel thwarted and an internal struggle will become greatly pronounced. You may feel especially prone to go to war with something that appears to threaten your most precious views. 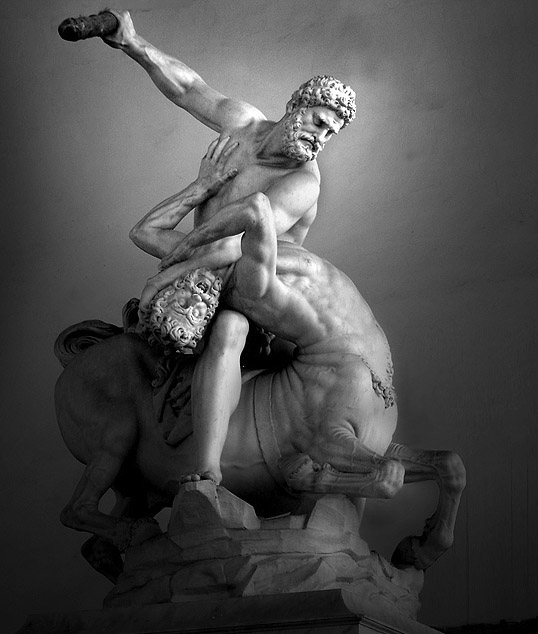 Heracles and Nessus by Giambologna, (1599), Florence.

With consideration to the origin of these views, the Sagittarius/Gemini polarity will illuminate whatever disparity there is between your intellectual processes (Gemini) and your philosophical beliefs (Sagittarius). In other words, there will be a great challenge to sharpen your mind and shape your character afoot!

To fully understand the evolutionary/revolutionary energy that will surround this Full Moon,  I ask you to consider reading Allen Ginsberg’s epic Beat poet manifesto, Howl, from 1955. Amidst the starkest visions of darkness and illumination, Howl still reads as a startling and transformative poetic offering. It begins…

“I saw the best minds of my generation destroyed by madness,
starving hysterical naked,
dragging themselves through the negro streets at dawn looking for an angry fix. . .” 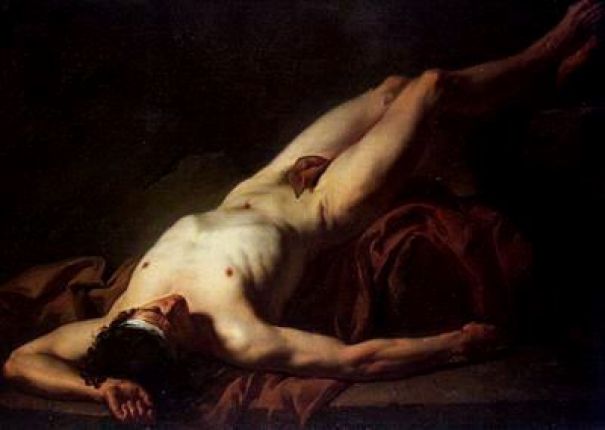 Howl finds the transcendent link between the knowledge of good and evil. Despite the filth and the ravages of too much knowing, the poet discovers ecstatic illumination flowing through all his experiences. In Howl, agony and ecstasy writhes up and down, merging as one: the  snake that eats its own tail.

“ . . .angelheaded hipsters burning for the ancient heavenly
connection to the starry dynamo in the machinery of night,
who poverty and tatters and hollow-eyed and high sat up smoking
in the supernatural darkness of cold-water flats floating
across the tops of cities contemplating jazz . . .”

Within this Full Moon lies a vision of the marriage of heaven and hell, where knowledge and wisdom undulate as one organism. The Moon/Mars conjunction in Sagittarius will seek to dominate the Sun/Venus conjunction, making you more prone to fanatical beliefs.   Experience everything in the raw, but remain keenly observant of where extremism might grow.

As a cautionary tale, consider the pathetic stance taken by the academic cult of political correctness, which negates the necessity of free speech by sanitizing and repressing language. This is nothing new, however, since the defense of freedom of thought is a timeless battle that has been waged under many different guises. Unfortunately, history shows time and time again that censorship creates widespread dissonance and protects nobody.

Anne Baxter in a still from the Ten Commandments

This Full Moon conjunct Mars is very intense, rousing from you many passions. Know that this opposition to the Sun conjunct Venus is one that is prone to both seek and justify conflict.

“. . .who ate fire in paint hotels or drank turpentine in Paradise Alley, death, or purgatoried their torsos night after night

with dreams, with drugs,

with waking nightmares, alcohol and cock and endless balls”

In 1955, Howl’s visceral narration of the tribulations of social outcasts struck a chord in San Francisco’s literary community. But within two years, Howl was banned for obscenity and its publisher, Lawrence Ferlinghetti, was arrested.

The ensuing trial is one the most famous obscenity cases of the 20th Century. (others include D.H. Lawrence’s: Lady Chatterly’s Lover and Henry Miller’s: Tropic of Cancer) Ultimately, Howl was officially ruled to have redeeming social importance and  its publication was protected under the First Amendment.

“who bared their brains to Heaven under the El and saw Mohammedan angels staggering on tenement roofs illuminated,

who passed through universities with radiant cool eyes hallucinating Arkansas and Blake-light tragedy among the scholars of war. . .”

Much like both sides of an obscenity trial, under this Full Moon, fanaticism will clash with civility. With Venus opposite Mars, struggles for supremacy and dominance will arise, particularly in the realm of religious and political ideology. In these grappling moments, besot by survival instinct, you will better know yourself for what you truly are underneath civility.

This Full Moon will be an unveiling of your true nature that will be explored in-depth until the next Full Moon in June.

How do you find yourself?

Are you the censor… the witch-hunter… the libel lawmaker? Or are you the poet…the philosopher…the liberator? There comes a point of contention in everyone’s life where a stand must be taken for one side or the other.

“. . . who dreamt and made incarnate gaps in Time & Space through images juxtaposed, and trapped the archangel of the soul between 2 visual images and joined the elemental verbs and set the noun and dash of consciousness together jumping with sensation of Pater Omnipotens Aeterna Deus.”

In Howl, Ginsberg imparts that no matter what side of history you find yourself on, it is better to revel in life’s joys and sorrows than to end up as a living corpse, obedient to the will of an oppressor.

“. . . with the absolute heart of the poem of life butchered out of their own bodies good to eat a thousand years. . .”

This Full Moon in Sagittarius sets the stage for you to define what it is that you are willing to fight for. This month will offer you opportunities to face forceful challenges to your ego, especially if you have remained willfully ignorant of your own moral compass. Above all, do not attempt to remain completely neutral about everything just to avoid confrontation and pain. The lesson of this Full Moon is that to find gnosis you must take risks and explore the outer limits of your worldview.