Posted at 16:03h in Weekly Readings by aeolianheart@gmail.com

I had a dream, which was not all a dream.

The bright sun was extinguish’d, and the stars

Did wander darkling in the eternal space,

Rayless, and pathless, and the icy earth

Swung blind and blackening in the moonless air . . .

The beautiful month of May ends in the darkness of a waning Moon in Pisces and a Mutable Grand Cross, an aspect that will be an enduring influence throughout the month of June. With the Sun and Venus in Gemini, (as well as an upcoming New Moon) you will feel wide open to the winds of change. But with Gemini’s unblinking eyes crawling all over everything, there may be too many lessons to keep pace with. This week can best be described as  information overload, an endemic condition of our times.

And men forgot their passions in the dread

Of this their desolation; and all hearts

Were chill’d into a selfish prayer for light . . . 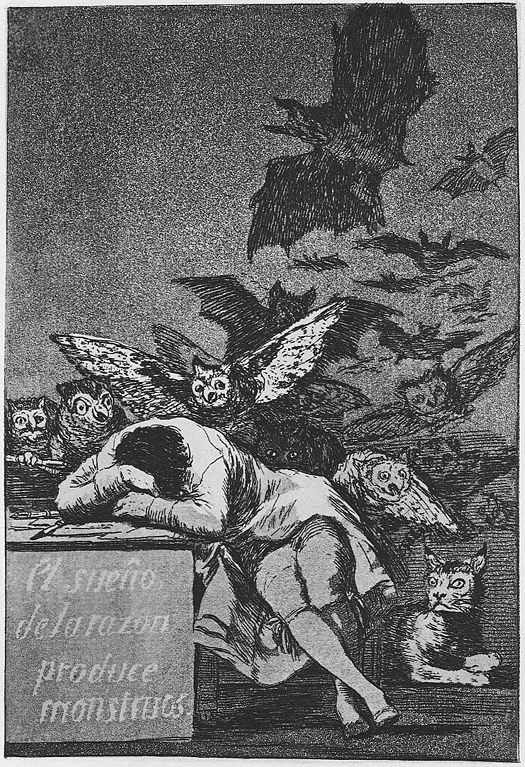 The Information Age is forever haunted by the shadow of its progress, sometimes called the apocalypse. Information, when rapidly fired into your senses at electric speed, pushes all forms, foundations and rationale to their absolute limits each and every day. With an infinite amount of breakthroughs and re-structurings, there is an ever-present burden of information overload which drives the human imagination to hurtle itself into envisioning a grand finale. “Game Over!” “The End!”

. . .A fearful hope was all the world contain’d;

Forests were set on firebut hour by hour

They fell and fadedand the crackling trunks

Based on an astronomer’s predictions, (scientific data) many believed that the Sun was going to burn itself out and leave the world in frozen darkness. What was truly frightening for people is that during the weeks leading up to the end date, the sky was particularly cold and overcast.

These environmental conditions would have presented proof enough to the hysterical. But to make matters worse, there was a solar eclipse on June 9th, 1816 (Gemini season) that obscured the Sun’s visibility completely. With so many intelligent patterns of connection to find that pointed to a weakening Sun, it seems understandable that many people were completely panicked.

Whether Lord Byron fell prey to the hysteria in his conscious life is unknown, but his poem Darkness certainly bespeaks of the detrimental effect that is had upon his unconscious mind.

How might you be unconsciously affected by the hysterias of your time?

Folly of Fear by Francisco Goya

. . .The brows of men by the despairing light

Wore an unearthly aspect, as by fits

The flashes fell upon them; some lay down

Obviously, the Sun did not burn out. Thus, this story acts as a warning to us all about what comes of making too many connections between data points of information without consideration to one’s intuition, common sense or wisdom. It is humbling and incredibly necessary to realize that human intelligence has always found patterns, connected dots, and drawn conclusions in completely nonsensical ways. During Gemini season, there is a tendency to revel in data and intelligence, so much so that discernment is lost.

. . . All earth was but one thought and that was death

Immediate and inglorious; and the pang

Of famine fed upon all entrails men

Died, and their bones were tombless as their flesh . . .

This week, if you find yourself inventing wild theories about the end of the world, the health of your relationships, or the value of your work, please consider waiting for a less confusing time before you make assumptions. Remember, even the most brilliant theories are not facts. During this period your propensity for mutability will be challenged and developed. You will need to learn to be graceful under duress and agreeable during conflict.

Monday/Tuesday – The Dying Embers of an Altar-Place

. . .The rivers, lakes and ocean all stood still,

And nothing stirr’d within their silent depths. . .

On Monday, Mercury will be in a trine with Pluto, pulling deep and profound insights from within you. If you want to seize an opportunity to have a really probing conversation with someone important, this would be an excellent time. If you want to flex your power and influence in the realms of communication, this aspect will offer you the strength.

On Tuesday, the Moon will be in Aries sextiling Venus and the Sun in Gemini. This will be a day that presents you with many encouraging prospects, especially in regards to your social life. However, this may also be a day where malevolent gossip is accepted as fact and where too many conflicting opinions creates a certain dissonance. If you don’t know what to believe, don’t believe anything at all.

. . .They slept on the abyss without a surge

The waves were dead; the tides were in their grave . . .

The middle of the week is where the energies become quite murky. This is the dark phase of the Moon, where the unconscious mind is the least influenced by reason. In addition, the Sun in Gemini will square Neptune in Pisces, which is a moment that creates confusion. This is a time when your calculations may lead you into foolish assumptions. If you are too enchanted by Neptune’s call, you may be inexplicably drawn to become ridiculously inebriated. Please be careful of cuddling up to your delusions.

On Thursday, Venus joins the Sun in a square with Neptune while opposing Saturn in Sagittarius. This is a vulnerable transit for relationships that contain too many variables of uncertainty. It would be best not to push forward with business or love in any significant ways with those whom you are still forming bonds. Venus squared Neptune can create a heightened sense of insecurity or an unchecked sense of grandiosity. Either way, you will notice strange offerings from those around you. Stay close to only the most trusted confidants.

If you can manage to get your mind off of love and money, then your creative work will benefit immensely from a flourish of imagination (Venus/Neptune), as well as a competitive edge. (Saturn) This is an excellent day to force yourself into a display of discipline which improves your creative skills and raises your current standards for output.

Friday/Saturday/Sunday – The Feeble Ashes, and Their Feeble Breath

. . .The moon, their mistress, had expir’d before;

The winds were wither’d in the stagnant air . . .

Friday is the darkest night of the Moon cycle and Venus and the Neptune will still be squaring. Your dreams may poke holes into your waking life, making a watercolor blur out of the day. Venus is also triggering the Mutable Grand Cross, creating a Mutable T-Square between her square to Neptune and her opposition to Saturn.

The Night by Jean-Léon Gérôme

This will evoke distractions, diversions and waking dreams. It’s all about set and setting with days like these. If you are with good people, in a safe environment where you can be a little dreamy, then this should present no problem. But if you are expected to focus and execute work with less than amiable people, you may have a less than stellar day.

You may be pulled in too many directions at once. Having an abundance of mental energy and ideas can certainly be stimulating, but the amount of discernment required to process all of this activity will very likely lead to feeling exhausted. Make a deliberate effort to move carefully and spare your energies this weekend. Execute your emotional energy with masterful self-control, like a piano player who creates a thundering sound by flowing up and down the scales with a feather light touch. Try not to give in to fist pounding jingles until after the New Moon.

On Sunday, the week ends with an exact square between Saturn and Neptune, a tense meeting between definition and dissolution. The last square between these planets was on November 27th, 2015. This square represents a stand-off between reality and dreams, practicality and inspiration, usually resounding as something disquieting.

The discord and disharmony of this square acts as a blaring trumpet, not so much musical as it is arresting, whose abrasive sound heralds the collapse of many ideologies which have prevented human consciousness from discovering its own transcendence. With neither rationality (Saturn) or renunciation (Neptune) to retreat into, the human spirit must find a new way to climb!

It’s the best of times. It’s the worst of times. Take all of your worries with a grain of salt and call me again next week.

And the clouds perish’d; Darkness had no need

Of aid from them

She was the Universe.