Posted at 21:52h in Astrology by aeolianheart@gmail.com

“Nature has her proper interest, and he will know what it is who believes and feels that everything has a life of its own, and that we are all ONE LIFE.”

excerpt from a letter to William Sotheby,  September 10th, 1802

On Friday on September 16th, 2016 there will be a Full Moon Lunar Eclipse in the mutable water sign of Pisces. Full Moons in general are moments of culmination and then release.

Suffice it to say that Lunar Eclipses are super magnified Full Moons that offer a swirling portal into the unconscious. As you peer into the fathoms below, you might be sent on a soul’s journey into the deep, replete with a long dark night and glorious sunrise.

The Sun came up upon the left,

Out of the sea came he!

And he shone bright, and on the right

Went down into the sea.

The Full Moon Lunar Eclipse in Pisces will also be in a T-square with Mars in Sagittarius. With both the Sun and the Moon in a square to Mars, there will be a storm of torrential passions that may erupt in the form of rage, joy, or zealous enthusiasm. The healing crisis that this will inspire may take innumerable forms, but all of them will spur you onward into a new way of living.

This is the last eclipse of the year, occurring in the last degrees of the zodiac, so there will be many themes of reconciling and release that will arise. This Lunar Eclipse in Pisces represents the darkness before the dawn upon the vast oceans of your imagination.

And now the STORM-BLAST came, and he

Was tyrannous and strong:

He struck with his o’ertaking wings,

And chased us south along.

As the eclipsing Moon in Pisces gently drifts in the amniotic fluid of dreams, the square with Mars will stir up a storm of dark moods, clouding the horizon with fear or uncertainty.

As the Sun in Virgo shines the ripening light of late summer, the square with Mars will evoke a sudden sense of urgency in an important matter of creation.

Throughout Virgo’s solar season, the themes of humanity’s relationship with nature have been greatly emphasized. The secret behind Virgo’s acumen with health and healing, is the Virgin’s humble acknowledgement of nature’s sentience and sacredness.

This subsequent Lunar Eclipse in Pisces will be saturated by the themes of the South Node in Pisces, suffused with the need to release yourself from bad habits and the emotional dead weight of the past.

With Piscean influence, you may feel like you are seeing through time. When time is spent and dreams are done, you may behold the past and all of its glories of ruin. Such glorious ruin!

The Information Age is the direct descendant of the Enlightenment era, a period which combined rationalized thought and industrial progress with Classical ideas about the Great Chain of Being. 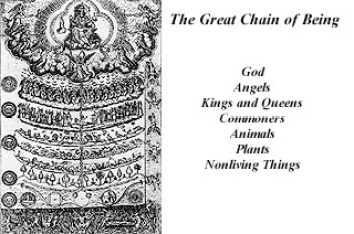 The resulting ideologies, that we still live with today, conceive of human beings as being dominant over all other life and as being separate and apart from nature. The result has been aggressive destruction of fundamental coexistence on this planet which has led to the poisoning of waterways, plant life and a myriad of other deadly atrocities.

An Eclipse upon the axis between Virgo and Pisces will summon waves of subtle instinct and intuition that surpass your average abilities. Thus, you will be led to explore your place in the rhythms of nature’s cycles: the ecology that governs all growth.

Considering the mystical nature of eclipses and the sign of Pisces, this seems like an especially delightful time to contemplate these themes through poetry!

Samuel Taylor Coleridge’s The Rime of the Ancient Mariner (first published in 1798) is an epic ballad that symbolically recounts the spiritual evolution of an ancient mariner, who journeys from a state of ignorant separation from nature into an harmonious embrace of the truth that we are all ONE LIFE.

The poem begins at a wedding, where an old mariner with a glittering hypnotic eye, tells the tale of his travels to the Arctic regions of the south seas. He tells of a time when his ship had been lost in the fog for many hopeless days.

As if by a miracle, the ship is rescued by the appearance of a beautiful white Albatross, whose presence is an omen of salvation. The Albatross can guide the ship out of the ice and fog, back into safe waters.

But for some unknown reason, as if possessed, the mariner suddenly shoots the Albatross.

“And I had done a hellish thing,

And it would work ’em woe:

For all averred, I had killed the bird

That made the breeze to blow. ”

The mariner’s crime against the Albatross is a symbol of humanity’s predilection to act as a mindless destructive force, exiling itself from love and beauty. In Rime of the Ancient Mariner, this crime against nature is retaliated  against with drastic malignant force. All of nature seeks revenge upon him.

We stuck, nor breath nor motion;

As idle as a painted ship

Upon a painted ocean.”

Whenever you feel helpless and idle, like a stranded ship upon the sea, it is always a sign that you must revise your strategy and release whatever is weighing you down. This means you must find a way to release the burden of shame, whatever your own personal Albatross is.

These moments of standstill offer a time for deep reflection and the opportunity to change course. Thus, if you have been feeling stuck or stagnated in a situation, unable to move, this Lunar Eclipse in Pisces will enable you to finally imagine a new way forward.

“The moving Moon went up the sky,

And no where did abide:

Softly she was going up,

And a star or two beside”

The Rime of the Ancient Mariner is a ballad of metaphysical mystery. In his philosophical writings, Biographia Literaria, Coleridge claims that through imagination humans could know much more about the world than what is obvious to the five senses.

This is why Coleridge firmly believed, like all the Romantics, that human imagination was a reflection of the dynamism of the creative intelligence of nature. Thus, imagination was a divine quality that emanated from and was interwoven with nature.

The oppositional gaze between this Full Moon in Pisces and the Sun and Mercury in Virgo will correspond in the language of light, two mirrors reflecting and containing one another. A perfect metaphor for humanity’s relationship with nature.

As the Moon is eclipsed, (casting its shadow upon the Earth) a gaping portal into the unconscious realms will be thrown wide open. The storm that follows may be mystifying, mesmerizing, and terrifying.

And all the boards did shrink;

Nor any drop to drink.

After the death of all of his shipmates and many demon-haunted nights, the mariner is eventually freed from the most hellish torments of his curse when he suddenly finds beauty in the writhing sea snakes, feeling kinship with them instead of revulsion.

A spring of love gushed from my heart,

And I blessed them unaware . .

The self-same moment I could pray;

And from my neck so free

The Albatross fell off, and sank

Suffice it to say that this Eclipse will be a moment to make a spectacular demonstration of your ability to feel kinship with all of nature, wild and free. Release whatever it is that numbs you or exiles you from this experience.

A great flourishing of love will push you onwards if you acknowledge that you are an emanation and a conduit of nature’s creative principle.

Oh sleep! it is a gentle thing,

Beloved from pole to pole!

To Mary Queen the praise be given!

She sent the gentle sleep from Heaven,

That slid into my soul.

The Solar Eclipse in Virgo on September 1st revealed much about personal and collective wounds and the poisons that continue to infect them. The Sun’s travels through Virgo has enabled you to actively purify whatever poisons you have accumulated by virtue of being exposed to the world’s dis-ease.

Alone, alone, all, all alone,

Alone on a wide wide sea!

And never a saint took pity on

My soul in agony.

During the Lunar Eclipse in Pisces, Mars in Sagittarius will also be trined to Uranus in Aries, planet of Promethean fire! Thus, you will have the light and the heat to set yourself free from anything your heart desires.

With aspects from Mars and Uranus, this Eclipse has the power to break any curses and spells that you have allowed yourself to be manipulated by. (Nowadays, most of these spells originate from Hollywood and Madison Avenue, but please explore all possibilities for yourself.)

The Lunar Eclipse in Pisces will deeply penetrate into your psyche, dissolving the destructive subconscious imprints that you have harbored for so long. This, however, may be experienced as a rather uncomfortable healing crisis rather than instant bliss.

I woke, and we were sailing on

As in a gentle weather:

The dead men stood together.

Exhale and release the emotional burdens you carry, letting the kinetic energy return back to its potential state, like the tide which ebbs and flows. On this shoreline at the end of the world, yield all your rigid thoughts and prejudices to the formlessness of chaos, allowing the tides to smooth your hardest edges and carry you to unexpected places.

Yet she sailed softly too:

On me alone it blew.

It is only under the light of the Moon that Coleridge’s ancient mariner finally harmonizes his relationship with nature, awakening again to its unifying order, beauty and peace. His harrowing time alone at sea gave him a gift of knowing the truth of nature’s many aspects, both terrible and beautiful.

He prayeth well, who loveth well

Both man and bird and beast.

He prayeth best, who loveth best

All things both great and small;

Thus, as the Moon in Pisces radiates its light upon you, feel how you too have agonized over the feeling of separation from nature. Just as the ancient mariner, you too have been transfigured by terror and sublimity throughout the course of your life. And this journey has been a necessary part of discovering the depth of your essence.

Let this Moon in Pisces illuminate your vision, opening to the realms of imaginative splendor where your connection to all of creation is most apparent.

“The primary Imagination I hold to be the living power and prime agent of all human perception, and as a repetition in the finite mind of the eternal act of creation in the infinite I AM.”

all images are engravings by Gustave Doré